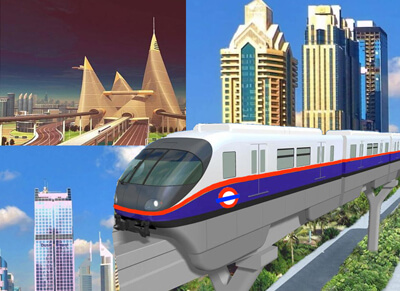 GANDHINAGAR: After a considerable delay, the Gujarat government has given the green signal to the state’s first monorail project — between Ahmedabad and Dholera Special Investment Region (SIR).
The state government has approved the draft project report (DPR) for the Rs 6,000 crore Mass Rapid Transit System (MRTS) project between Ahmedabad and Dholera, a planned smart industrial town.

The Gujarat government has secured the approval for financial and technical assistance for the project under the Government of India’s DMIC (Delhi-Mumbai Industrial Corridor) project. The project is expected to be completed in 24 to 36 months after the work begins.

“Route, alignment, stations’ plan, and other technical and financial proposals have got the approval from both the Centre and the state government,” a source said.
“The DPR for MRTS has been prepared by the Government of India’s M/s Rites Limited.”

Sources added that following the approval from the Centre and the state government, the MRTS project has been included in the JICA (Japan International Cooperation Agency) rolling plan for the DMIC project.

“The land acquisition for the MRTS project is over along with that for the Ahmedabad-Dholera Expressway project of the National Highways Authority of India,” the source said. “The monorail will be an elevated structure parallel to the expressway. According to the approved plan, seven stations are proposed, of which six are elevated and one at Dholera is proposed at grade (on land).”

The source added: “The project work is expected to start along with the expressway project in consultation with the Centre in two to three months. The project could take 24 to 36 months.” 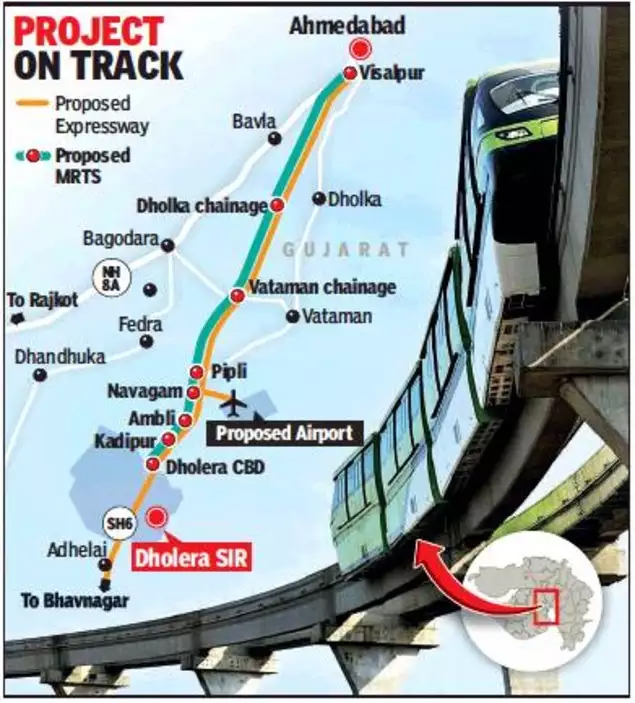