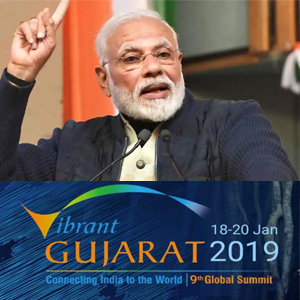 Prime Minister Narendra Modi may inaugurate the work for industrial projects for which Memorandums of Understanding (MoUs) were signed during the Vibrant Gujarat Summit (VGS). It is likely that the PM may inaugurate the initiation of a project by a Chinese company that proposed investments of Rs 21,000 crore at the Dholera Special Investment Region (SIR) and the Gujarat government is preparing for the event. The PM is scheduled to visit Ahmedabad towards the end of the month.

"It is also possible that the PMO gives a nod for the same during the next visit of the PM that can be scheduled in the first half of March. The PM may not go to Dholera or the project site but could inaugurate the work through remote operation as it will not be possible for him to move across multiple places during a one-day visit. Preferably, a place where the maximum crowd can be gathered will be chosen and from that perspective, Dholera is a dry region," added the official.

The official also mentioned that after these two visits, there might not be any other official visits by the PM to Gujarat although he would come for polls rally. He added that the PM would be busy with affairs related to the Lok Sabha polls and he might have to visit many other states.

The government has set a target of inaugurating projects in the state involving investments to the tune of Rs 1.11 lakh crore by March 31.

400 MOU TO BE KICKED OFF BY MARCH
Meanwhile, Chief Minister Vijay Rupani had recently announced that Memorandums of Understanding of Rs1.11 lakh crore signed during Vibrant Gujarat Summits would be implemented by March. He said that by March-end, work would be kicked-off on more than 400 projects for which MoUs were signed. Also, the PM may not go to Dholera or the project site but could inaugurate the work through remote operation as it will not be possible for him to move across multiple places during a one-day visit.