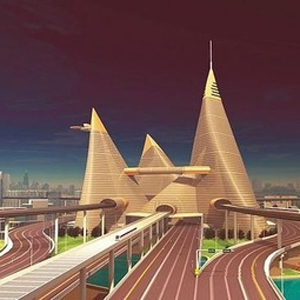 The toast of the recently concluded Vibrant Gujarat Global Summit, the Dholera Special Investment Region (DSIR) is being touted as Gujarat’s “most smart and futuristic city” by the state government, which wants it to be “bigger in size than Singapore”, with world-class facilities. If the plans come to fruition, the area around the once-bustling port of the Indus Valley era –100 km south-west of Ahmedabad – would be resurrected as the country’s largest greenfield city.

One of the first and the biggest of the seven nodes to be developed under Phase-I of the Delhi Mumbai Industrial Corridor (DMIC) – it was notified under the National Investment and Manufacturing Zone policy and granted environmental clearance in 2014 – the DSIR project has gotten underway slowly — the immediate City development area of 5,600 acres was scheduled for completion in 2019, a timeline that is going to be missed. The project aims to build a sustainable industrial city that would cater to a population of two million and employ over 8,00,000 by 2042.

Encompassing 22 villages in the Dholera taluka of Ahmedabad district, the DSIR is envisaged to be twice the size of India’s financial capital Mumbai and six times that of Shanghai – of its 920-sq-km area, Phase-I would cover 153 sq km (37,750 hectares). Phase-1 is expected to be ready by 2030.

The state government is using a land-pooling mechanism to acquire land and manage large investment regions and industrial areas in the state. Towards this end, it enacted the Special Investment Region (SIR) Act in 2009. The project is being executed by the Dholera Industrial City Development Ltd (DICDL), a joint-venture between the Government of India and the Government of Gujarat in a 49-51 equity ratio.

Work has commenced over an area of 22.5 sq km which is described as the “Activation Area”. With an estimated Rs 3,000 cr in DICDL’s kitty and land allotted by the state government, work for creation of trunk infrastructure is in full swing. Eight-lane roads with wide utility ducts are coming up. A large utility building, which would house the Central Integrated Operations Centre for ICT-driven control of the city, is also under construction.

Spearheading the project is Jai Prakash Shivhare, Managing Director of DICDL. “Development work on roads and building at the site has already started, while work on the Dholera airport will commence soon,” he reveals.

Elaborating on the blue-print, Shivhare states, “The SIR shall be built on a self-sustainable model and would be instrumental in enhancing efficacy within the ecosystem through thoughtful application of ICT. The city shall aim towards reduced pollution levels, healthier environment, top-class educational and healthcare facilities, open area and green surroundings, easy access to basic amenities of water and electricity, systemised disposal of garbage, effective water treatment plant, excellent urban transport mechanism, among other things.”

To ensure that the project attracts big-ticket investors, the planners want DSIR to have world-class connectivity—it would be connected to Ahmedabad by a six-lane access-controlled expressway and Metro rail. An international airport is coming up to the north-east of DSIR. DSIR’s strategic location between three major cities of Gujarat – Ahmedabad, Vadodara and Surat – and its proximity to the vital DMIC corridor is expected to serve as a catalyst for its growth.