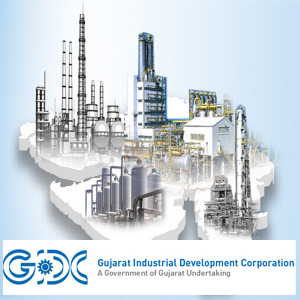 Gujarat Industrial Development Corporation (GIDC) will acquire 200 acre land in Dholera Special Investment Region (SIR) to promote investment in the ambitious project by MSMEs. The move is also in sync with Gujarat government’s outreach to big industries for investment in Dholera during the upcoming Vibrant Gujarat Summit.

In the first phase, 200 acre land will be acquired and GIDC has been picked up for the purpose as it has more than six decades of experience in engaging with MSMEs. “GIDC is a trusted entity and its involvement will encourage MSMEs to come to Dholera from which they had been shying till now,” said an official privy to the matter.

Of the total 44.5 square kilometre developable area at Dholera SIR in DMIC corridor, authorities are developing 50 per cent of it in the first phase. In other words, the first phase will have 5,600 acre land ready for industrial use. The Dholera SIR will be pumping around Rs 3,000 crore to develop infrastructure in the first phase, which is likely to be completed by September this year. Authorities also expect work to start on Ahmedabad-Dholera express highway in February, to be completed in two years. Government is also hopeful to begin the construction work of airport at Dholera this year, after getting required permissions.

Confirming the news, GIDC Vice Chairman and Managing Director D Thara told Mirror, “We have asked for land from Dholera SIR which is industry ready. In the first phase, we are likely to acquire around 200 acres land.”

Asked about the kind of industries likely to come in the proposed GIDC area in SIR, she said, “Market viability will decide which industries set up shop there.”

Electric vehicles manufacturing, pharmaceuticals, solar and wind power manufacturing and heavy engineering are some of the sectors government is keen to attract in the first phase. Chief Executive Officer of Dholera Special Investment Regional Development Authority (DSIRDA) Jai Prakash Shivahare said, “We are in touch with both GIDC and Industrial Extension Bureau (iNDEXTb) with both transferring inquiries to us.” He added that some industry associations have already expressed intent and their requirements are being worked out.

Talking about GIDC coming to Dholera SIR, Shivahare said, “GIDC has a vast experience in establishing MSMEs along with large companies. We want to offer plug-and-play facility in the SIR along with tax benefits and subsidies to make the proposition of coming to Dholera attractive for industries.”

Chairman of Gujarat council of Federation of Indian Chambers of Commerce and Industry (FICCI) Rajiv Vastupal said, “Getting MSMEs at Dholera SIR in DMIC corridor is a great idea. Currently, electricity rates and general logistics cost is killing the MSMEs. Thus, with the proposed developments like mega power plant, airport and express highway it will encourage MSMEs to move here.”

Referring to the smart city development in Dholera, he added “The authorities are also planning to develop residential townships at Dholera SIR. This will help employee-friendly environment.”

Former Gujarat Chamber of Commerce and Industries (GCCI) President Sailesh Patwari said, “In developed countries, the contribution of MSMEs to GDP is as high as 65 per cent. However, in India it is much less. Focus on MSMEs and entry of GIDC in SIR is a welcome step as it will generate jobs for local and state economy.”
Patwari said an area of 200 acres for the MSME can generate minimum 40,000 indirect and direct jobs.

We want to offer plugand- play facility in the SIR along with tax benefits and subsidies to make the proposition of coming to Dholera attractive for industries.Jai Prakash Shivahare, CEO, DSIRDA