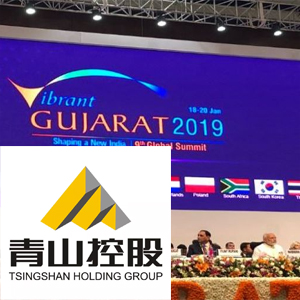 The company is also an emerging electrical vehicle battery producer and is considering setting up an electrical battery plant in Dholera to cater to the fast developing auto industry in India, he said. The decision was taken after company officials and representatives visited the Dholera site in the recent past.

The investment will be made in conjunction with their Indian JV partner Chromeni Steel. The company is currently involved in the setting up of a major stainless steel complex in Mundra, Kutch district. It undertook this project after signing an MOU during the Vibrant Gujarat Summit 2017. Within a year of signing the MOU, the company began the construction of the first phase of the project which is slated to be completed in a record time of 14 months.