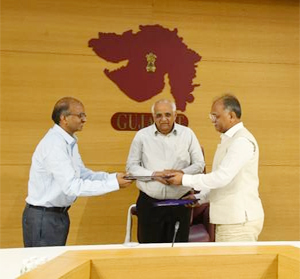 The partnership will also catalyse scientific innovation and the marketability of high-tech start-ups In agreement has been signed between CSIR and iCreate, India's largest institution for transforming start-ups based on tech innovation into businesses, to harness the country's technological strength, the science and technology ministry said on Monday.

Gujarat Chief Minister Bhupendra Patel presided over the MoU signing between the state government's flagship technology incubator - iCreate (International Centre for Entrepreneurship and Technology) and the Council of Scientific and Industrial Research (CSIR), the premier research and development body of the Government of India.

Under the MoU, CSIR and iCreate intend to establish a collaborative support system for promising tech start-ups by making combined resources available for entrepreneurs and innovators in the country.

The partnership will also catalyse scientific innovation and the marketability of high-tech startups, the ministry said in a statement.

iCreate will also leverage its deep industry connections and market linkages to identify real needs that can be addressed through scientific innovation by CSIR scientists, thus leading to faster commercialisation of the innovations coming out of CSIR, the statement said.

iCreate is an autonomous centre of excellence of the Gujarat government and is India's largest institution for transforming start-ups based on tech innovation into businesses.

Located in a state-of-the-art 40-acre campus at Dev Dholera in Ahmedabad, to date it has supported over 412 innovations and 30 plus patents with a 'high-touch, entrepreneur first model, connecting them with mentors, markets and money, the ministry said.