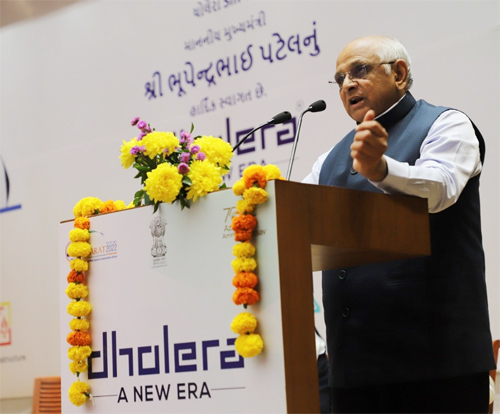 Considering Dholera SIR as very important for the state and the country, the Chief Minister arrived to observe the progress of the projects. Chief Minister Bhupendra Patel gave an important message to the industry regarding VGGS 2022.

To make Dholera a green field industrial city, the government is working to develop Dholera as an industrial city as an alternative to the growing population and density of cities. He said.

Features of Dholera SIR Developing an area of 920 sq km, Dholera SIR is the largest Greenfield Industrial Investment Region and India's first ever Greenfield Schiller to receive Platinum rating by the Indian Green Building Council. The investment region is even larger than the developed area of a country like Singapore. The Dholera Special Investment Region Development Authority has been formed and given its role for the planning and development of this world class, New Age Infrastructure City, which is economically and socially balanced.

Information on Best Potential This authority is also providing timely features like land titles clearance, large lands, environment clearance, plug and play facility, lowest power rate, connectivity. Dholera SIR has the best potential for industries in the fields of aerospace, defense, engineering, auto parts, pharmaceuticals, information technology, electronics, agro-food processing, and renewable energy. In addition, a special education region providing global education in an area of one thousand acres is also to be formed. In Dholera, not only industrial development, but also social infrastructure development has been given importance, he said.

The concept of "Dholera a New Era" will be provided by Seamless Logistics and Supply Chain to Ahmedabad City, Pipavav Port, Kandla Port, Mundra Port, Bhavnagar CNG Port etc. within a radius of three hundred and fifty kilometers from Dholera-Sarti, as well as Airport Authority. Work is also underway for Dholera International Airport. Many features in Dholera, including modern infrastructure, optimal connectivity, sustainability-focused infrastructure planning, autonomy, fasttrack approval, characterize the concept of "Dholera a New Era". Many projects and plans like Dholera SIR, Gift City, Vibrant Gujarat Global Summit 2022 have succeeded in taking Gujarat into a new era. The Chief Minister expressed satisfaction over the progress being made in Dholera and congratulated the officials for this progress.

Bhupendrasinh Chudasama, who accompanied the Chief Minister on the idea of expanding the world class core infrastructure in Dholera to a facility like 32 km Internal Road 150 MLD water supply, said Bhupendrasinh Chudasama, who accompanied him. He called Dholera SIR the jewel of Gujarat. Harit Shukla, Chief Executive Officer, said that the city has not developed as large as Dholera since the independence of India.

Dholera Metro City Group is a prominent name in the real-estate sector because of our value-based business practices and growth-oriented business model. We have a good track record with our highly successful projects. At present, we offer a great opportunity to invest in Dholera Metro City projects, residential, commercial and industrial plotting schemes at Dholera SIR. Join us and become a part of a growing network and take your investment to the next level. 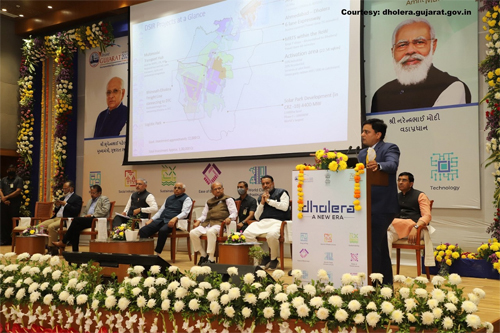 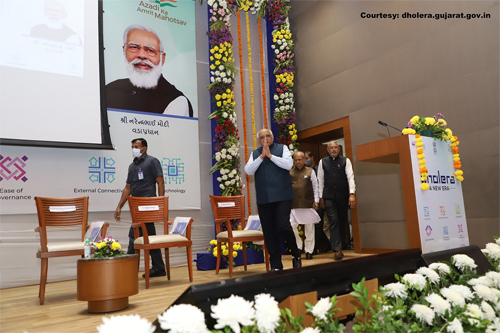