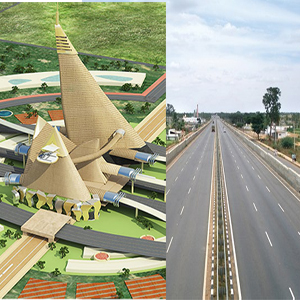 GANDHINAGAR: Almost a decade after the announcement of Ahmedabad-Dholera Expressway project, the National Highway Authority of India (NHAI) has declared tenders amounting to Rs 2,431 crore for three sections. The project was first announced in March 2010 by the state road and buildings department. The estimated cost then was Rs 2,200 crore which has now escalated to Rs 3,000 crore.
Prime Minister Narendra Modi is likely to lay the foundation stone of the project in February next year. Deadline for submission of the tenders is mid-February and the work is likely to be over by 2022.

This will be the single biggest road sector infrastructure project in the recent past. The 110km expressway will connectDholera SIR and the proposed Dholera Airport besides Bhavnagar, Amreli and other coastal areas to Ahmedabad.

According to Manoj Das, principal secretary to the chief minister and in-charge PS, industry & mines, the mandatory 80% land acquisition work for the Ahmedabad-Dholera Expressway is over. “One more tender of around Rs 600 crore may be announced soon,” he said.