23 new expressways and highways coming up in next 5 years
15th August 2020 | Source by https://timesofindia.indiatimes.com/ 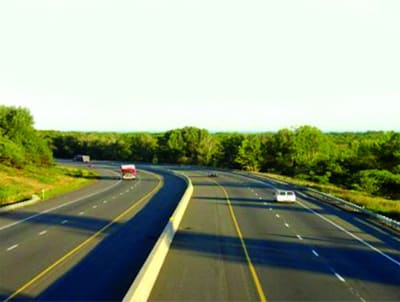 A status report prepared by NHAI shows that nine other greenfield highways would be completed by March 2025. The combined length of these expressways is close to 7,800 km and would require investment of approximately Rs 3.3 lakh crore in the next five years.

This network of expressways is spread across the country connecting Surat, Solapur, Lucknow, Vizag, Chennai, Bengaluru, Vijywada, Raipur, Kota, Kharagpur and Siliguri. Officials said the projects with 2023 and 2024 deadline would be bid out by next year. The massive development of new expressways is a major departure from the conventional mode of widening the existing highways. The move is aimed at ensuring the seamless movement of people and cargo, including heavy vehicles. Currently, cargo vehicles in India cover about 400 km per day, which is at least 50% less than the global standard. There is scope to reduce the cost and time by up to 50%.

To ensure there is no fund crunch, NHAI will set up Special Purpose vehicles (SPVs) to fund these projects. The SPV will be set up for Delhi-Mumbai expressway, for which the NHAI Board comprising members from Niti Aayog and finance and highways ministries has given the go-ahead. NHAI has registered the SPV.

The investment made in the project would be recovered from toll collections, which includes auctioning the tolling right for 15-20 years to a private entity to get the money upfront. This model is known as Toll Operate and Transfer (TOT). “If this model becomes successful, we will adopt this for other major highway projects,” NHAI chairman S S Sandhu said.

Since the SPV will be fully owned by NHAI, it would be easy to get the loan at a cheaper rate from financial institutions, including pension and insurance funds. NHAI being a statutory entity, it has sovereign guarantee and hence investors face no risk.